A Day In The Life

Drafting This Post’s Title Last Week We Never Realized What A Day It Would Be. We’ll Start With Jane’s Day In Court: 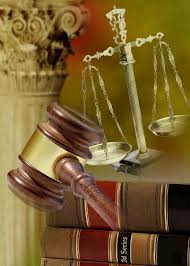 :] Arriving at court at 9:00 am, all directed to the court are told to arrive @ 9:00 am. We entered the court room behind an elderly couple questioning in thought the desperation of the state ran law enforcement. Thank God, they were with their son who was speaking to the judge. Over heard some type of agreement to pay, I think I heard something like $2,700.00, but might be wrong about that. Any way it seemed to be let’s make a deal day at the court house, I was never use to this…. uh,.. Northern life style. This ain’t the South, Dulac Louisiana, is the South. Act right no deals needed. All kind of people in the world. Up bringing, up bringing. Hummmm, interesting we were the only ones in the court this time. 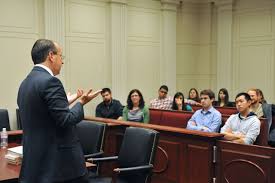 It appeared that everyone had assumed Jane was pleading guilty. She was offered an attorney, I asked her what she felt and other than not being able to trust any one associated to the state she said she felt she must decline and represent herself. Our child and uncle had a send them to prison attorney of the state and a few others. Forget the saying, lawyers lie. Fact is however it’s a mighty hypocritical attack. The conflict of stealing our awards baby shit and the claimed final state fraudulent disposal. Make a movie. We could start with a normal life and give it over to ass holes in Mississippi to run, we’ll call it!

This one false charge has already cost us over $200.00 including bonding. Thank you Coach Marshal. Hey none of this shit is funny, well maybe the HOBO. The penalty for giving a law officer false information after refusing to speak to the officer is no more than one year in jail and a one thousand dollar find. Sadly the twisting of Jane cuff her and carrying of a mattress to her jail bed has done her back in. In 1995 I appeared before a Judge here who suggested I file brutality charges against some arresting officers. I declined it angered him and he slung the book at me on all listed charges alleged to cover the abuse. The saying in Marion County is they – ya, ya,- they do what they want. OK, can’t talk much about the charge except to say not guilty and we’ll prove it then probably have to file an appeal to record the matter. What started with three officers is now one. Summons? Deep South a good parent and ya, I needed this. Where we are in all this is our spot in all this and nothing more or less.

About being from Dulac, this history was filled with many things to lead a person astray. Ya, real Voo Doo and Voo Doo Doctors. Folks chasing and calling spirits and found them. I’m not perfect still none of that stuff worked if you didn’t believe in it. Thank you my grand-maw, for setting my path at an early age. And bless you Father for everything. Amen. My Grand Paw, old geyser, would thump your head. Still think about that one.

Todd has been turned over to the Mississippi Department of Collections and everyone agrees he is in need of psychiatric counseling. Everyone entering our supposed safe home was evaluated to my knowledge. All did things, well, let’s say which were real to the acid experience of living on the edge. Abuse is mostly held to those nearest the money being extorted. Some were mislead all were cheated as some became more, but all should have been allow the common decadency to be left the fuck alone alone. Not all were without a life due to the Hinds County extortion plot. Some clearly showed exceptional talent being discovered after the fact. More things you wouldn’t believe. 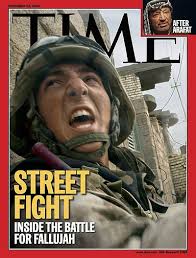 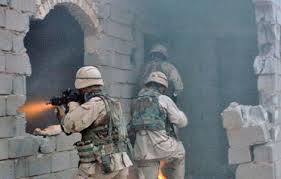 With his permission in the near future I would love to share the story of a close friend who visited me today I’ve not seen since , correction 1999 damned and folks he served in Iraq at the battle for Fallujah. He was a very welcomed sight and we had a time parting. He tells me the young lady who bought our old piece of land and had died from a stated suicide suspected murder a short time after moving there had placed his mom as beneficiary to the property she pays the taxes but refuses to live there. Welcome Home Jeremy, we’re so proud of you Sargent!

Jeremy’s story is so amazing you’d be right to guess he’s a trailer exposed victim and I’d say his living on the edge was what got him to Fallujah and maybe even what brought him back. Ya, you damned right I showed a vet this shit going on back home. He risked his life for our rights, many of my friends and family have. But I can tell everyone. Even disagreeing with what the court has done us in this matter like all vets there’s a lot on Jeremy’s mind.

Jeremy has family all over the world that he loves and cares deeply for. And there are people driven by many reasons to kill them and it hurts his soul and thoughts that he might prevent it if he were there. I hope to phantom some of his knowledge. Want to know when my Nephew, another trailer exposed victim from state negligence gets out of prison? Want a boxing rematch? Ya, damned he hits hard. Not this time and ya, now we’re both laughing not that the winner is certain. More like wondering which hell was the meanest. I spoke of God. I’ll often wonder if the warrior like atmosphere we had once played a part for some of those exposed.

Classvictim: Starting this last week we were some what aggressive over first a clear conspiracy and man can I can spot one, this never ending shit. I said!!!

To hell about caution of portraying a selfish story of all this or even that were some kind of vengeful exsitence. Its sad shit with this state robbing us over money in a lawsuit which no doubt was on noted injuries and good by home boy ( personal, property, constitution, hello Mississippi ass holes) can’t these idiot’s understand the awards were paid and extorted where for injuries. Perhaps we need to buy a spot on the local news paper or post on the court house bulletin board maybe or perhaps bumper stickers that we are hundreds of millions of dollars in brittle bones and with many other conditions and  we need to be left the fuck alone. Presently were having local drama with the current events. Where you been see the tyranny my peeps?

Medicals: The following is a photo taken in a window of Jane’s back. The one hour photo shops are getting scratched out to the digital age. Jane’s X-rays were returned for disappearing in a deal to perform surgery on Jane’s back. The photo’s speak for themselves Jane had a common injury to her back which exposure to the Gaylord acid ate away at. Again this was a problem creating a flow of toxins in her. If it settles it eats you away. Jane got an 18 staple cut and had a little relief with a return of pain we hope and assume is some scar tissue.

After receiving a letter which I hope to update later Jane called to ask of medical assistance offered her but lost again. A computer search and bam I think they know she loves me cause she’s getting the cold state shoulder of denial. A return to the past occurred with the suggestion we get a divorce she, Jane could receive medical benefits, kiss my ass we were joined before God. Sounded like my mother and other things to piss me off. Road Block Jane’s car  old sticker and insurance I’ve spoke of getting since we moved.  $$ 2 fines.

The Comment section of this story claims alleged Corruption!! 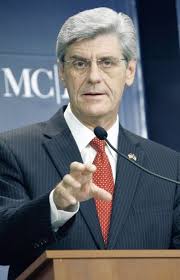 Phil Bryant Mississippi’s new Governor said Mississippi has its play book ready to go when the Restore Act money starts flowing to the state. He and Trudy Fisher, executive director of the Mississippi Department of Environmental Quality, presented the final report of the GoCoast 2020 Commission today at the Mississippi Coast Coliseum Convention Center. The commission was established by Bryant to look at how best spend funds that will come to the state from fines levied against BP for the 2010 Gulf oil spill. Bryant said it is “a dynamic, vibrant report, that will not be put on a shelf. “This is a way forward.